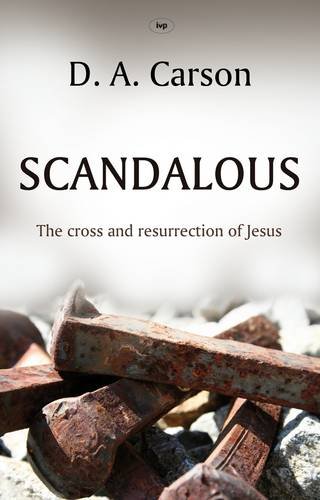 Have managed to get round to reading Carson’s 2010 book Scandalous – to great profit and provocation. Will get round to fuller comments in due course. But for now, I was very struck by this section, in which he ponders the significance of some historical revisionism in James Cameron’s film Titanic. In expounding the divine love that is the foundation of the gospel, he says this:

It was not nails that held Jesus to that wretched cross; it was his unqualified resolution, out of love for his Father, to do his Father’s will – and within that framework, it was his love for sinners like me. He really could not save himself.

Perhaps part of our slowness to come to grips with this truth lies in the way the notion of moral imperative has dissipated in much recent Western thought. Did you see the film Titanic that was screened about a dozen years ago? The great ship is full of the richest people in the world, and, according to the film, as the ship sinks, the rich men start to scramble for the few and inadequate lifeboats. British sailors draw handguns and fire into the air, crying “stand back! Stand back! Women and children first!” In reality, of course, nothing like that happened.

The universal testimony of the witnesses who survived the disaster is that the men hung back and urged the women and children into the lifeboats. John Jacob Astor, was there, at the time the richest man on earth, the Bill Gates of 1912. He dragged his wife to a boat, shoved her on, and stepped back. Someone urged him to get in, too. He refused: the boats are to few, and must be for thewomen and children first. He stepped back, and drowned. The philanthropist Benjamin Guggenheim was present. He was traveling with his mistress, but when he perceived that it was unlikely he would survive, he told one of his servants, ‘Tell my wife tha Benjamin Guggenheim knows his duty” – and he hung back, and drowned. There is not a single report of some rich man displacing women and children in the mad rush for survival.

When the film was reviewed in the New York Times, the reviewer asked why the producer and director of the film had distorted history so flagrantly in this regard. The scene as they depicted it was implausible from the beginning. British sailors drawing handguns? Most British police officers do not carry handguns; British sailors certainly do not. So why this wilful distortion of history? And then the reviewer answered his own question: if the producer and director had told the truth, he said, no one would have believed them.

I have seldom read a more damning indictment of the development of Western culture, especially Anglo-Saxon culture, in the last century. One hundred years ago, there remained in our culture enough residue of the Christian virtue of self-sacrifice for the sake of others, of the moral imperative that seeks the other’s good at personal expense, that Christians and non-Christians alike thought it noble, if unremarkable, to choose death for the sake of others. A mere century later, such a course is judged so unbelievable that the history is distorted. (pp30-31)